Very simple, TTY is an abbreviation for teletypewriter. Do not understand? You for sure have used .. If you use linux .. if you do not close that uses your internet explorer .. and look for a window to play. If you use MAC makeup and go for this PC formats. Jokes aside, TTY is when you use the shortcut key

, or even when you open a terminal on your OS.

I think anything more than a simple “help” to learn all the commands. The “help” of subversion, is cooler than the others because it provides help with svn commands. For example:

Subversion is a control system version free / open-source. That is, Subversion manages files and directories, and the changes made to them over time. This allows you to recover older versions of your data, or examine the history of their changes. Because of this, many people think of a version control system as a sort of “time machine”.

Subversion can operate across networks, which allows it to be used by people on different computers. On one level, the ability for various people to modify and manage the same set of data from their respective locations fosters collaboration. Progress can occur more quickly without a single conduit through which all modifications must occur. And because the work is versioned, you need not fear that their work quality for not miss this one for changes via the data suffers an improper modification, just undo that change.

4 tips to improving the performance of linux

We’ll cover some more advanced forms of improve the performance of linux.
Disabling than anything, or fiddling with the interface.

I separated the 3 things that I normally use to improve my servers, and virtual machines. 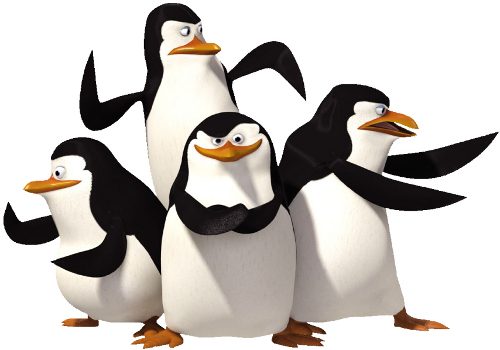 For those who do not know what is ramlog … can kill yourself now. Just kidding, read the rest. Then mate.

As the name says Rams – log means store the log in the ram, instead of pouring it on disk directly. How common is used by syslog.

Thus is avoided that there is always written to disk, which is a bottleneck of performance on any server. Exist only when the ramlog is restarted or stopped.

The use of ramlog, makes a big difference in performance

Ramlog – http://www.tremende.com/ramlog site you can find the installation tutorial for various distributions.

Hello, after a long time without writing, I finally found the time.

And in another tutorial, we’ll learn how discover open ports or closed on a server, computer …

For this task, we use the command nmap .

According to nmap’s own description, the application is:

Nmap (“Network Mapper”) is an open source tool for network exploration and security auditing. It was designed to track (Scan) large networks quickly yet works well with a single host (host). Nmap uses raw IP packets in (raw) on new ways to determine what hosts (hosts) are available on the net …

For more details you can find in http://nmap.org/ . I like to use nmap, but it does not mean that this is the only way to accomplish this task.

The simplest of commands, just run nmap to the server that you want to investigate

Verifying several machines on the network

Verifying a track (one range) of IP’s

Verifying a range of ports

Again, this is not the only method of doing this scan. And you can find more about nmap the link: http://www.cyberciti.biz/networking/nmap-command-examples-tutorials/

And alas! Let us understand more a Linux command, now the at . That also did not know until recently.

Imagine yourself in the following situation, you have to run a command now, so to come back from lunch (that’s damn silly example), but will only arrive at 14:30. and your boss wants the result of this command to 2 hours, or it will eat your … liver. Simple!! The command at will leave you with your … intact liver. Let’s practice, and stop bla bla.

The command behaves like a cron that will run, and then cease to exist. Much simpler than configuring a line in cron to run a command only once.

Assuming that the command that your boss wants to be shot tomorrow, and is the list of all users logged in at 14:00, by which it accesses a file on the network.

The command accepts multiple configuration variants of the date / time. For this example we use in this way

When you enter the command at it will open a “sub-terminal” at the for you to enter your command, in our case who> / var / www / list_users. html , to save at the command, use ctrl + d .

Use command atq , it will list the work to be performed, for your user, if you are the root of all the users.

Delete commands (jobs) configured at the

Use command atrm , it will remove a specific job, you should specify the work to be removed. For example:

Going deep in at

Running a command in 3 days at 4 o’clock

Observer this example, the date is in standard MMDDCCYY